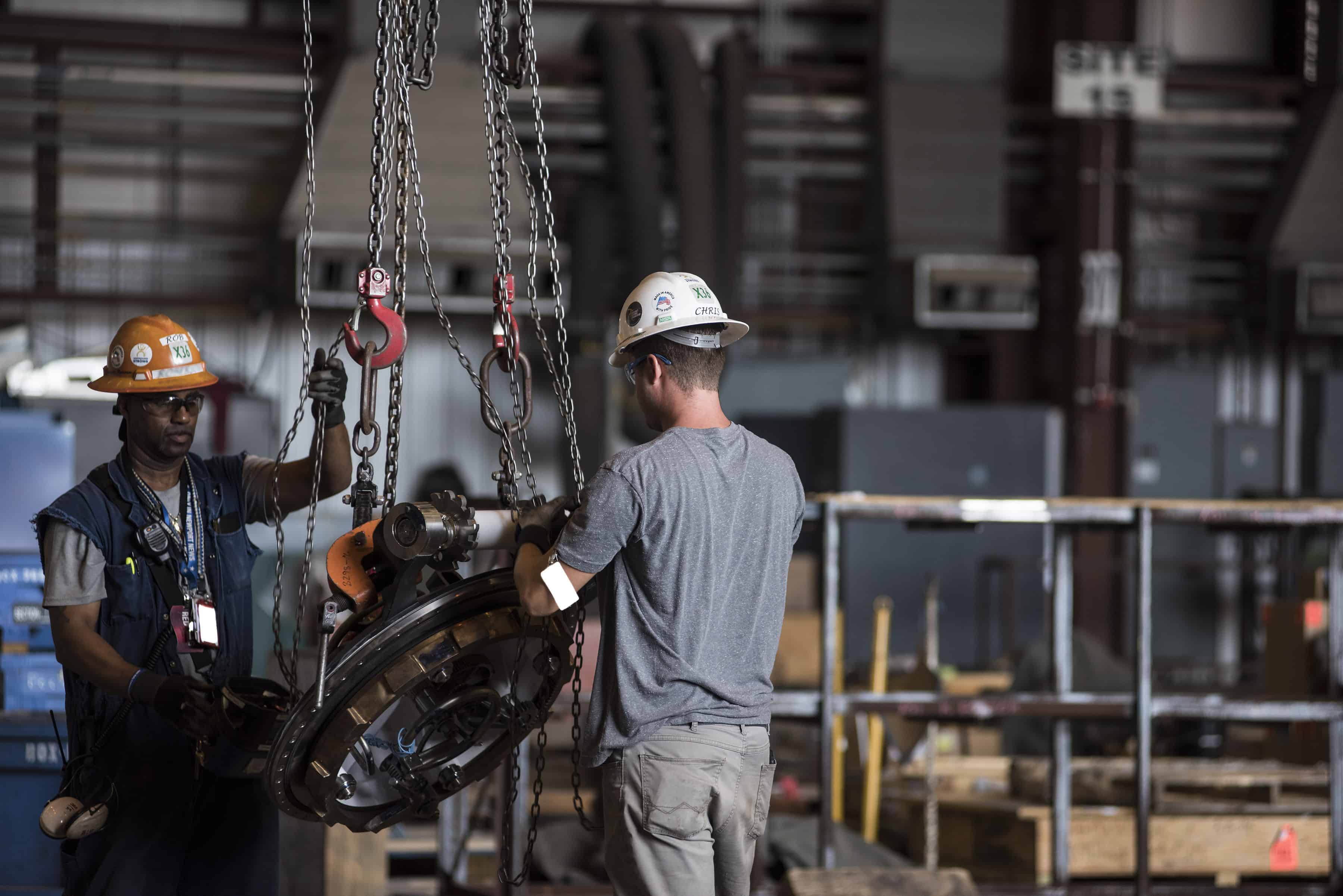 Huntington Ingalls Industries—the largest military shipbuilder in the United States—is planning a “generational” investment in its business and its employees, thanks to tax reform.“When tax reform came around, we knew we wanted to reinvest in our business,” explained Bill Ermatinger, executive vice president and chief human resources officer at Huntington Ingalls. “We put it on a whiteboard to see who our stakeholders were, and we came up with four: employees, customers, communities and shareholders.”

Huntington Ingalls set out to do just that. First on the agenda? Rewarding its nearly 40,000 employees in shipyards across the country.

“We decided our employees would benefit most from an immediate cash bonus,” said Ermatinger. “Every single employee received $500. That’s a lot of money. We got hugely positive feedback from our employees. One of our hourly employees at our Pascagoula, Mississippi, shipyard said, ‘I’ve been hearing about ‘trickle-down economics’ for years. And finally, something trickled down!’”

“We built upon what we’ve already been doing,” said Ermatinger. “We invest $100 million in workforce development and $40 million in educational reimbursement each year so we can invest in our employees.” Our employees and our customers will also benefit from what Huntington Ingalls dubbed a “generational capital infusement” in its facilities.

Before tax reform, the shipbuilder had planned to increase capital spending by $1.5 billion by 2020. But now, the company has upped that number by a whopping $300 million—to $1.8 billion. That means more jobs being created—and it will also help U.S. taxpayers, because savings will be passed along to Huntington Ingalls’ client: the U.S. Navy.

Huntington Ingalls also plans to increase dramatically the amount of money it spends in its communities. In fact, because of tax reform, the company has tripled its corporate giving.

“We decided we needed to make an investment in the communities we live in,” said Ermatinger. “Even for the people who don’t work for us.”

“Whether it be United Way, the Boys and Girls Club, the food bank, the Red Cross—you name it,” said Ermatinger. “If Huntington Ingalls is in the community, they saw a benefit.”

“Because of tax reform, we’re able to do a heck of a lot more than we thought we would,” said Ermatinger. “I can assure you: without tax reform, most of these things would not have been possible.”

“I am always asked: Are you going to make these kind of huge investments every year? And my answer is, we don’t know what the future holds, but we already have made these commitments that far exceed HII’s tax-reform benefits beyond one year.”