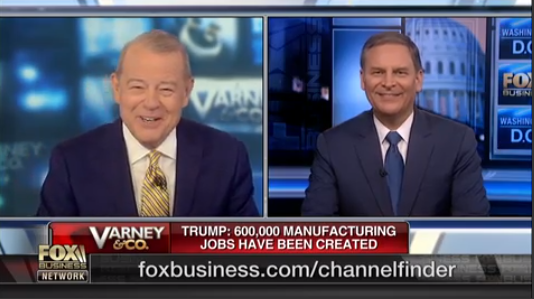 Timmons on the State of the Manufacturing Sector

I can tell you the president is exactly right. Manufacturers are very optimistic. In fact, over the course of the last year, we have had our highest level of optimism throughout our quarterly surveys at the NAM than we have had in the last 20 years … The business environment is very certain and it’s very strong because of tax reform and regulatory certainty, and that’s what manufacturers respond to.

Timmons on the Administration’s Energy Policies

[M]anufacturers use one-third of the nation’s energy supply … and in fact, we are poised to become a net exporter of energy in the United States for the first time I think in my lifetime, and I think that is an incredible story of success for the United States.

Click here to read Timmons’ statement responding to the president’s State of the Union address.