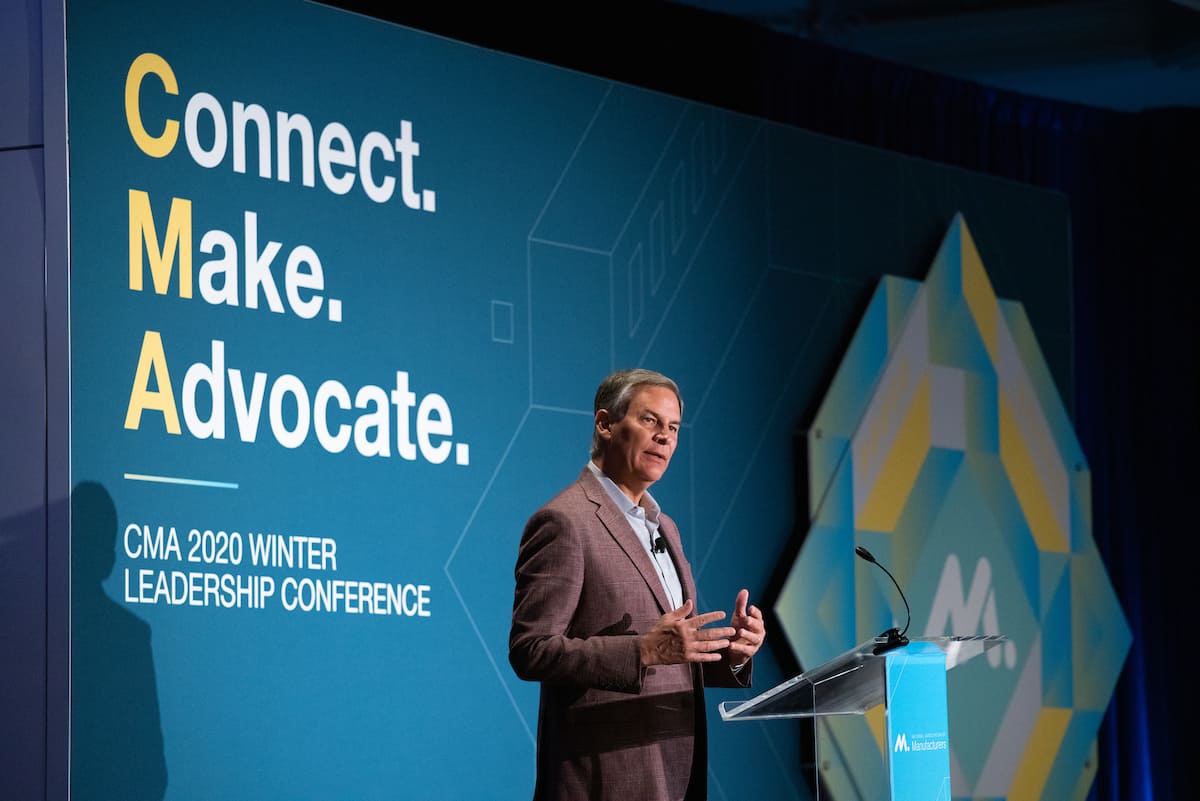 At the Council of Manufacturing Associations Winter Leadership Conference last week, National Association of Manufacturers President and CEO Jay Timmons discussed the industry’s extraordinary achievements during uncertain economic and political times and the need for continued strong industry leadership in 2020.

In his remarks, Timmons described how 2019 was defined by major manufacturing achievements, including many that were considered unlikely.

Before @NAMCMA leaders last week, I discussed how 2019 brought very promising trade developments–not just USMCA, but also a 7-year reauthorization of the @ExImBankUS and a deal with China that includes transformative intellectual property protections. pic.twitter.com/HLtJNeFiIX

Timmons also made the case that, while not all of the manufacturing industry’s victories were widely covered in mass media, they were numerous and necessary.

Timmons made note of the ongoing 2020 election and cast the manufacturing industry as a leader in complicated political environments. In the midst of the escalating campaign, Timmons laid out manufacturers’ vital role.

The politics of the 2020 election will strain our nation. Our institutions will be challenged. Our country needs a unifying force. Manufacturers must speak and act in ways that bridge differences and forge consensus. pic.twitter.com/4fpiucYP1N

As manufacturers look to the future, Timmons discussed the need for new skilled workers and an engaged workforce that can help drive modern manufacturing and promote America’s manufacturing strength. He spoke about the Creators Wanted campaign—a unique and unprecedented effort from the NAM and The Manufacturing Institute to inspire a new generation to pursue careers in the industry.

.@TheMFGInstitute’s and @ShopfloorNAM’s #CreatorsWanted campaign is not only part of our workforce strategy, but also the foundation on which the industry will build the future. Now is our chance to transform perceptions and inspire a new generation. pic.twitter.com/I9UYCJusVn

Timmons closed by stating that manufacturers’ leadership will determine not only the achievements of this coming year, but also what the United States looks like and represents for years to come—and he called on manufacturing leaders to seize that opportunity.

Manufacturers must embrace this new decade. Lead boldly. Affirm our values. Be a force for unity. Engage our people. And keep our sights focused firmly on the future.

Get more information about our Creators Wanted campaign.