Washington, D.C. – A U.S. District Court judge has placed Institutional Shareholder Services’ lawsuit against the Securities and Exchange Commission in abeyance pending the outcome of the SEC’s recently announced review of its proxy firm rule. ISS is seeking to overturn a National Association of Manufacturers–supported rule that protects investors by enhancing transparency and accountability for so-called “proxy advisory firms.”

The court’s order comes on the heels of Chairman Gary Gensler’s directive to SEC staff to review the proxy firm rule and the Division of Corporation Finance’s announcement that it will not recommend enforcement action to protect businesses and investors from the firms’ errors and conflicts of interest while said review is ongoing.

“We are disheartened by the SEC’s decision to abandon its defense of these vital reforms just days before a federal judge was to hear oral arguments outlining—as detailed by both the NAM and the SEC over the past several months—why this lawful, reasonable and minimally burdensome rule must be upheld,” said NAM Senior Vice President and General Counsel Linda Kelly. “Although the case is currently stayed, the Manufacturers’ Center for Legal Action will continue to represent manufacturers’ interests—including by calling out any efforts to bypass the required notice-and-comment process to keep this lawfully issued rule on ice indefinitely.”

The NAM will continue to engage directly with the SEC during its ongoing review, as it did throughout the years-long rulemaking process that led to the final rule.

“The NAM championed the SEC’s efforts to bring appropriate oversight and transparency to proxy advisory firms, and manufacturers strongly oppose any efforts to rescind the rule’s critical reforms, which protect the interests of manufacturing workers,” said NAM Senior Vice President of Policy and Government Relations Aric Newhouse. “This rule was developed following years of debate and multiple rounds of public comment, and there is no justification for repealing it less than a year after finalization, without any chance for its vital investor protections to take effect and be fairly evaluated. If the SEC does decide to move forward, any changes must be proposed via notice-and-comment rulemaking with robust opportunities for the public to weigh in on the SEC’s new approach.”

In October 2020, the NAM filed a motion to intervene in ISS v. SEC, followed by a motion for summary judgement outlining why the SEC’s lawful, reasonable and minimally invasive rule must be upheld. The NAM has long advocated for increased oversight of proxy advisory firms—little-known, unregulated entities that exert enormous influence over publicly traded manufacturers. These firms have significant conflicts of interest and issue error-filled, one-size-fits-all proxy voting recommendations that can impact the direction of a business and the value of investors’ shares. In July 2020, the SEC issued final regulations limiting proxy firms’ outsized influence, a move NAM President and CEO Jay Timmons called a “long-sought, major win for the industry and millions of manufacturing workers.”

The National Association of Manufacturers is the largest manufacturing association in the United States, representing small and large manufacturers in every industrial sector and in all 50 states. Manufacturing employs more than 12.3 million men and women, contributes $2.35 trillion to the U.S. economy annually and has the largest economic multiplier of any major sector and accounts for 63% of private-sector research and development. The NAM is the powerful voice of the manufacturing community and the leading advocate for a policy agenda that helps manufacturers compete in the global economy and create jobs across the United States. For more information about the NAM or to follow us on Twitter and Facebook, please visit nam.org. 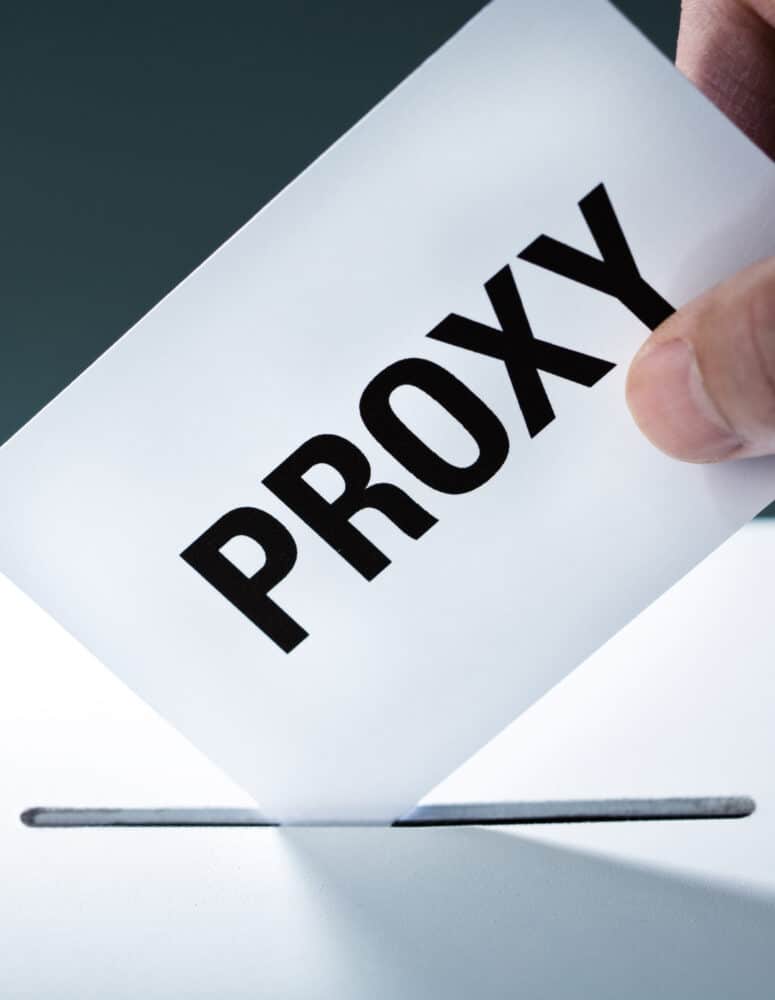