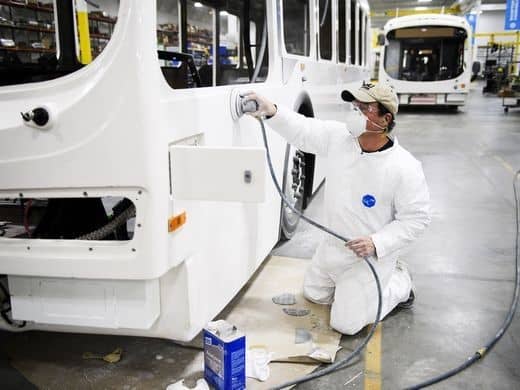 Miles Fiberglass, a small family-owned Oregon manufacturing company, announced it has been able to increase its business by thirty five percent due to tax reform, resulting in a surge of new hires and investment.

Due to a new provision in the tax law allowing for immediate write-off of new equipment, Miles Fiberglass purchased a new semi-truck and a second mixer to set up room for demand from a new customer, saving money on the new assets in the process.

“This will be a major part of our business,” Miles Fiberglass president Lori Miles-Olund said. “Tax reform helped us secure that customer.”

“They see the growth thanks to tax reform,” Miles-Olund said. “They see the addition of customers. It puts them at ease that business is good.”

Last year, Miles Fiberglass raised its starting wage by 9 percent thanks to the tax law, bumping everyone up the chart.  Growth has continued this year, and the company is already setting up plans to increase production for yet another customer.

“It’s going to be easier for us to get financing for future capital and purchase more equipment,” Miles-Olund said.

“It’s clear that, more than a year after its passage, tax reform continues to provide a boost to the U.S. economy and the U.S. manufacturing industry,” National Association of Manufacturers’ Vice President of Tax and Domestic Economy Policy Chris Netram said. “Rolling back the law would only hurt manufacturers like Miles Fiberglass, and we’re seeing that concern reflected in our latest survey.”