Twinsburg, OH – Today, the National Association of Manufacturers (NAM) and Rockwell Automation hosted Rep. Dave Joyce (OH-14) for a facility tour, employee town hall and business leader roundtable to discuss the positive impact of tax reform and the need to fill the high-skilled jobs required for modern manufacturing, which is critical to Ohio’s economic prosperity.

Thanks to Rep. Joyce’s support for tax reform, manufacturers in Ohio and across America are delivering for manufacturing workers and their communities, said NAM President and CEO Jay Timmons. We are keeping our promise to raise wages, hire new workers, buy equipment and make investments for the future. But at the same time, manufactures are facing a workforce crisis. With 482,000 jobs open today, manufacturers are in desperate need of talented workers to fill high-paying jobs. Manufacturers will need to fill more than 3 million jobs through 2025, but as many as 2 million could go unfilled if we don’t fundamentally transform our nation’s workforce development strategy. Manufacturers appreciate the work of leaders like Rep. Joyce to equip more people with the skills to secure a rewarding, meaningful career in modern manufacturing.

During the visit, company leaders thanked Rep. Joyce for voting in favor of the historic tax reform package and reiterated their optimism for the future of manufacturing in Ohio.

Ohio manufacturing is growing at an amazing rate thanks to the pro-growth policies we have put into place, said Rep. Joyce. The Tax Cuts and Jobs Act has encouraged American businesses to create more products and jobs in America, fueling our local, state and national economies. It is great to hear from local manufacturers in Northeast Ohio growing and investing more in their businesses and employees, and I will continue to advocate on their behalf in Congress.

Manufacturing’s success hinges on having a highly skilled production workforce that supports the advanced technologies that are essential to modern manufacturing competitiveness, said Bruce Quinn, Rockwell Automation vice president of public affairs. No matter how much you automate, people remain your most important asset. We are confident that the impact of U.S. tax reform on our customers could strengthen our future performance. Corporate tax reform enables us to use excess cash to invest in organic growth and acquisitions.

Manufacturing contributes an estimated $2.25 trillion to the U.S. economy and supports 687,400 jobs in Ohio alone, according to the NAM. Since tax reform was enacted, the manufacturing industry has added 192,000 jobs—more than double the number of jobs created over the same period last year.

The National Association of Manufacturers (NAM) is the largest manufacturing association in the United States, representing small and large manufacturers in every industrial sector and in all 50 states. Manufacturing employs more than 12 million men and women, contributes $2.25 trillion to the U.S. economy annually, has the largest economic impact of any major sector and accounts for more than three-quartersof private-sector research and development. The NAM is the powerful voice of the manufacturing community and the leading advocate for a policy agenda that helps manufacturers compete in the global economy and create jobs across the United States. For more information about the Manufacturers or to follow us on Shopfloor, Twitter and Facebook, please visit www.nam.org. 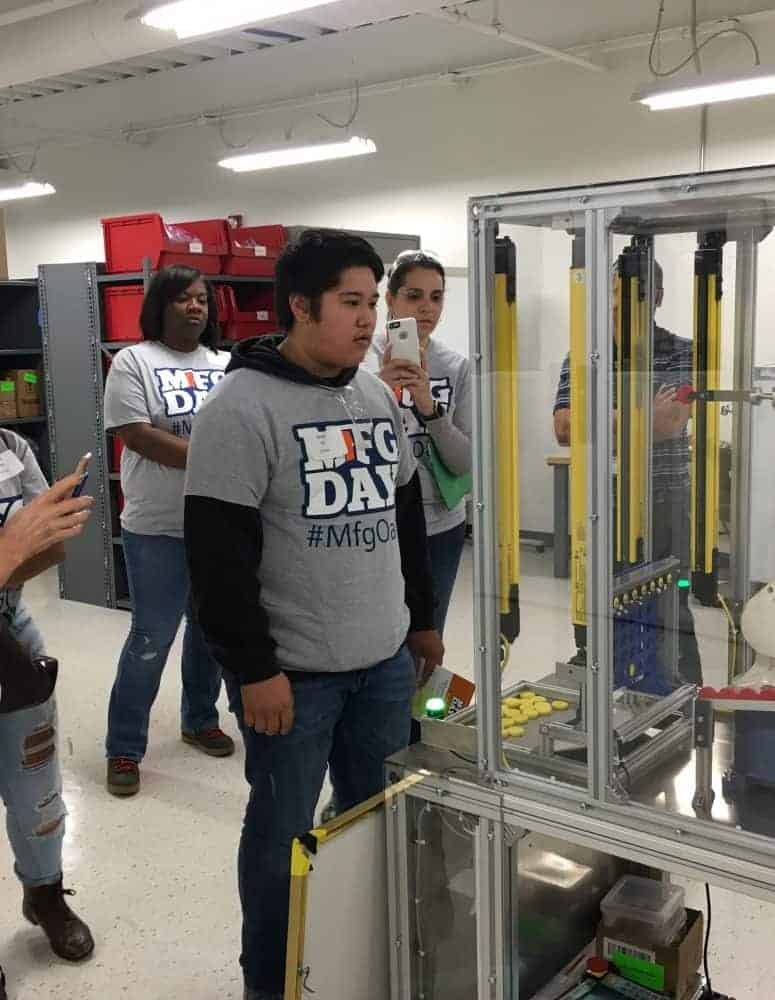