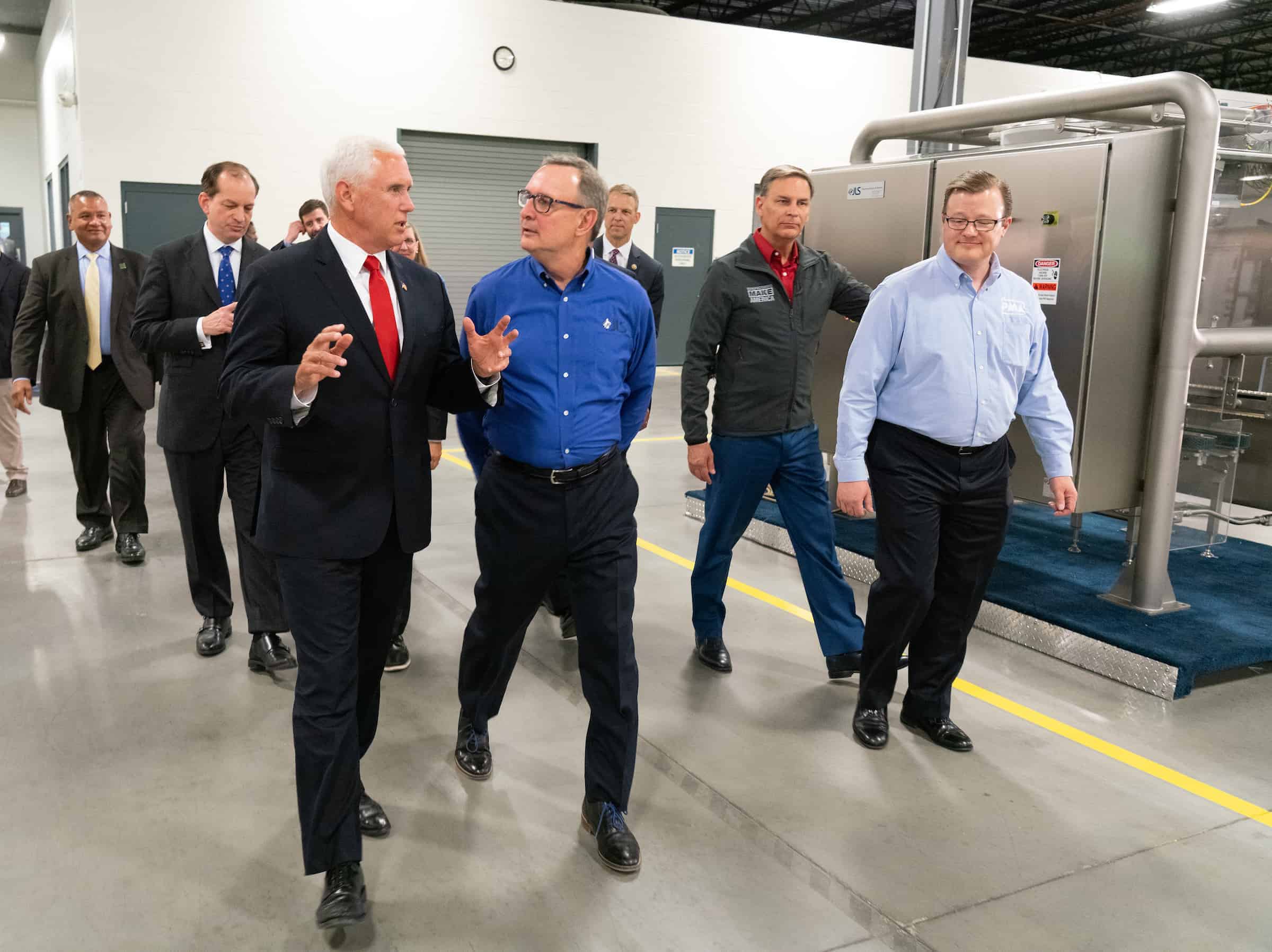 At the event, Vice President Pence spoke about the importance of the deal for manufacturers in the United States, noting that Pennsylvania already exports more than $14 billion in goods and services to Canada and Mexico. The vice president also highlighted the impact this deal would have on the more than 2 million American manufacturing jobs that depend on exports to Canada and Mexico—including 42,000 jobs in Pennsylvania, as outlined in the NAM’s own USMCA state fact sheet.  One in four Pennsylvania manufacturing firms export to North American partners, as the fact sheet further states, and more than 80 percent of them are small and medium-sized businesses.

Without a free trade agreement, Pennsylvania’s exports to North American free trade partners could face more than $1.5 billion in tariffs.

The NAM has been vocal in its support of the USMCA, standing up for manufacturers like JLS Automation across the country that rely on trade in order to keep their businesses running.

“When we talk about growing international trade, we’re talking about something very, very local: strengthening our communities and supporting our families,” said Jay Timmons, NAM President and CEO. “That’s why JLS and manufacturers across the United States and the more than 12.8 million men and women who make things in America are calling on Congress to ratify the USMCA – and the sooner the better!”

At the event, JLS Automation CEO Craig Souser emphasized the importance of the Canadian market to his business—a family-run operation his father, Joseph L. Souser, founded—and urged lawmakers to pass the deal.

“We need to see our lawmakers in Washington help to expand our ability to penetrate this market with modern trade policies and pass the USMCA,” said Souser. “The administration has kept its promise to negotiate a new North American trade deal. So it’s time for the Congress and the Senate to do its part so that we can focus on what we do best: make world-class machines.”